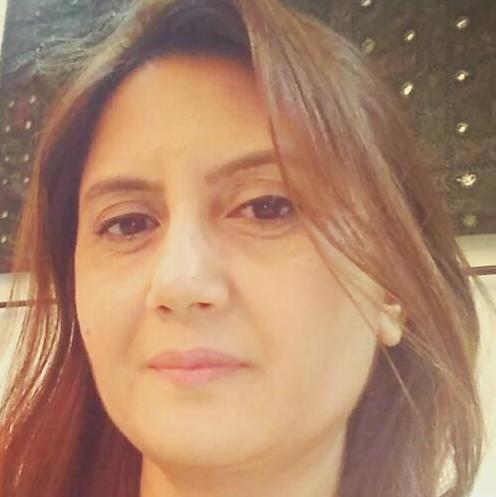 This quarter's WIA Woman to Watch is Dr. Fauzia Idrees, who was selected for her meaningful impact on the STEM community, outstanding work ethic, and impressive accomplishments within her field.

Dr. Idrees also serves as a role model to women in STEM and founded Women in Science, Technology, Engineering and Mathematics (WiSTEM) to encourage women and young girls to overcome barriers to their dreams of joining a STEM field.

Congratulations to Dr. Fauzia Idrees on being the Women in Analytics Q3 Woman to Watch! Read her impressive amazing story below:

Tell us about yourself. What do you do?

I am an Electronics Engineer with a Master’s degree in Information Security and a Ph.D. in Cyber Security. I have over 22 years of experience working in industry, academia, and military. Currently, I am the CEO of Cynosure Technologies focused on providing IT, data analytics, cybersecurity solutions, and consultancy.

I am also the founding President of Women in Science, Technology, Engineering and Maths (WiSTEM) which provides a platform for women who share their experiences and can play an active role to address the imbalance of gender in STEM.

How did you get where you are today?

I belong to a remote area of Pakistan. Life was tough; getting an education was extremely difficult due to social and cultural problems. I used to study a lot because I always dreamed of becoming an outstanding professional. I was lucky to get unending support from my family.

I opted for Engineering and Military, both being male-dominated fields and especially in third world countries like Pakistan; there are people who do not support women in male-dominated fields. There is a big list of obstacles that I endured ranging from gender discrimination to biases against working women and mothers of young children.

I knew that I had to be strong, communicative, and competent to survive in order to see my dreams turn into reality. I was able to manage the circumstances with selfless support from my husband and children. I would not be where I am today without their support, encouragement, and understanding.

Yes, I am the first female engineer and first female from my native town to join the Military. Let me admit that I didn’t plan to join Pakistan Air Force (PAF) until a friend of mine informed me that PAF has invited female engineers to join in, and she asked me to give her company. While filling in the forms, she asked me to apply as well and that is how my journey in PAF commenced.

I always wanted to do something special, which others have not done before. After the completion of my Bachelor’s in Electronics Engineering, I found this to be another opportunity to fulfill my passion.

Last year, an ex-Chief of the Air Staff told me that he consulted then Prime Minister of Pakistan Benazir Bhutto and both agreed to allow females to join PAF in all branches. Therefore, I believe that it is because of Benazir Bhutto that I became a pioneer lady engineering officer in the Military and today we have a very good representation of females in all segments of Pakistan’s Military organizations.

My journey in a Military career was extremely challenging, as the systems, culture and even mind-set were not conducive to accommodate females at working places. I was lucky that I got a lot of encouragement from my husband who is also an Air Force Officer, and we both helped each other to prosper in our professions.

What inspired you to go into engineering? Why is it an area you're so passionate about?

When I decided to pursue my higher studies, engineering was considered the most challenging career in my country, and only the best of the best students could make it.  Another factor was the math skills, which girls at that time were reluctant to opt due to the complexity of the subject. Hence, engineering became the boys-only field in my country and girls preferred not to join the male-dominated colleges and universities. It was more challenging because of prevailing social, cultural and religious reasons; generally, girls were not allowed to study in a male-dominated environment.

When I was a child, I was a hardworking student and stood out in all my school years. I wanted to pursue a unique career for setting up an example for other girls as I wanted to be a role model for them and prove that anyone can be successful in any field with persistence and hard work. All professions are gender-free and there should not be any fear in girls to pursue challenging careers. I would also give the credit to my family for supporting me in choosing the most challenging career of the time.

How did you get into Information Security? What topics in that area do you find most interesting? What are you working toward next in this field?

During my bachelor’s, I participated in an all Pakistan engineering students’ competition where I presented my project on the security of mobile communications, and I won the IEEEP Gold Medal. I continued it as my final year’s project, and working on the subject increased my interest in communication security.

In cybersecurity, I have worked in different areas, especially malware and intrusion detection, and smart devices security. Currently, I am working on the security of Internet of Things (IoT) as this remains the most vulnerable field for a big number of users worldwide.

The person who nominated you also said: "Fauzia is an active STEM ambassador. She promotes and supports STEM education for girls in Pakistan." Why do you think STEM is so important? What issues have you found come up as an ambassador for STEM education in girls?

Science, Technology, Engineering, and Mathematics professionals are a critical component of society and they play a vital role in the sustained development and growth of any country’s economy. STEM education creates and nourishes thinkers, increases science literacy, and enables the next generation of innovators to uplift their capability for becoming an instrument of devising future state of the art technologies.

The untapped potential of brilliant girls and women, who might be interested in STEM but choose not to pursue degrees or careers in these fields because of the various issues they may face, represents an important lost opportunity, both for women themselves as well as for the society as a whole. To my reckoning, gender equality should be considered as a crucial means and needs to be supported to promote scientific and technological excellence.

The major obstacles which restrict our females to join STEM education are social and language barriers, limited access to laboratory equipment and other technological means, lack of national priority and funding, and absence of role models. We, as a society, need to understand the importance of STEM education in for girls and address the above-stated issues on priority as a constituent of our national policy.

Please tell us why you decided to found Women in Science, Technology, Engineering and Mathematics (WiSTEM). Can you describe that process and how it felt? What does WiSTEM mean to you now?

I have personal experience and also have seen many other females who struggled while pursuing their careers in STEM education and subsequent professions. Like the rest of the world, women and girls are underrepresented in all STEM fields in Pakistan, as statistics say that there are only 9% women in research fields of the public sector which is extremely alarming.

I realized that there should be a potent platform that can encourage and provide guidance with support to the girls who have the potential to prosper in STEM. Recent studies have shown that students get a lot of inspiration if they have counseling and role models to follow. With this background, I got the motivation to form an organization for women: Women in Science, Technology, Engineering & Mathematics (WiSTEM).

I have been motivating youngsters to become STEM professionals at different forums like guest lectures at academic institutes and through media interactions. It has always been my dream to be a role model for other females to become a successful professional, and this platform provides me an excellent opportunity to work in unison with other bodies to transform my dreams into reality.

I also intend to use this platform to influence governmental institutes for the formulation of policies and necessary regulations that can help in overcoming the challenges faced by women in STEM.

What do you say to women or girls interested in getting into academic or career options involving STEM?

Several women in STEM have embraced their dreams and proven to society that women are just as capable in the fields of science, math, technology, and engineering as their male counterparts. Like the rest of the world, there is a significant gender gap in STEM disciplines in Pakistan. If we do not bridge this gap, we will be more prone to hit the poverty line in the near future.

Despite a number of challenges, females need not stay behind anymore because their hard work and dedication would certainly pay off. Our society and future generations need your full contribution to this vital area.

Women must shine in all fields and be a role model for the upcoming generation, and STEM is no exception. They can feel empowered just like men if they opt for STEM academic professions since STEM-related jobs are increasing exponentially both on domestic and global scales.

Who did you idolize when you were young?

I always idolized Muhammad Ali Jinnah, the founder of Pakistan, for his resilience, hard work, and devotion to his cause. I think he is best defined by Stanley Wolpert and remains a true beacon for our generations:

“Few individuals significantly alter the course of history. Fewer still modify the map of the world. Hardly anyone can be credited with creating a nation-state. Muhammad Ali Jinnah did all three.”