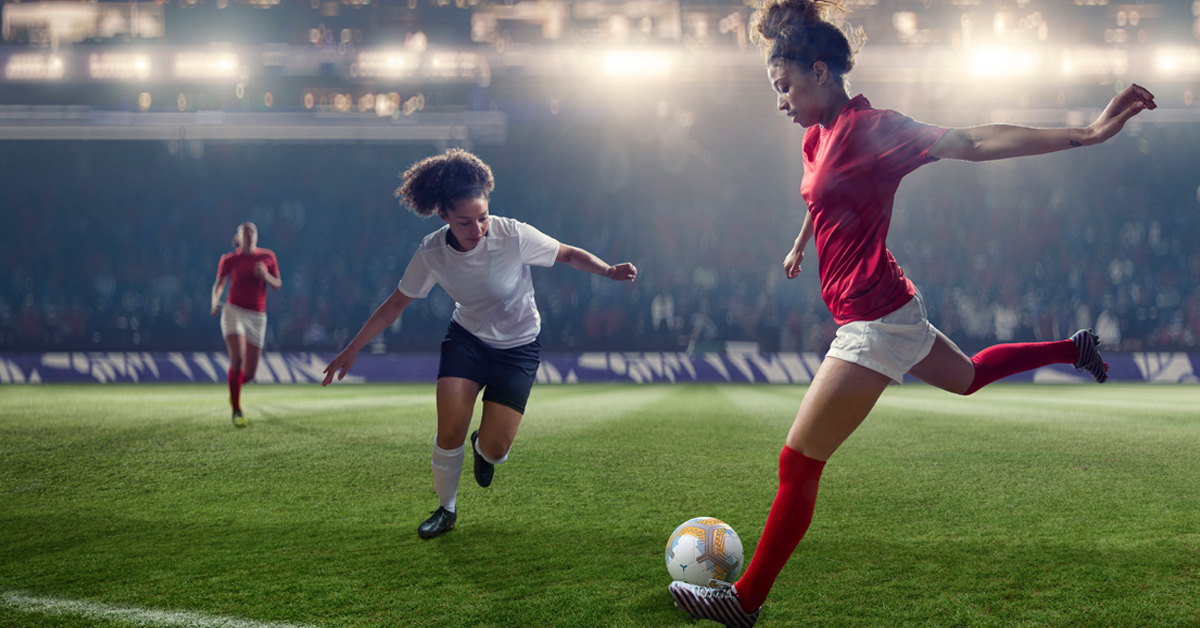 Sports science is one of today’s most innovative industries. Scientists are continually developing novel high-performance athletic materials that can help athletes take their performance to the next level while delivering better sweat-wicking, cooling and odor-controlling properties. As Olympic-fever begins to build around the world ahead of the Tokyo games, advanced athletic materials are as much in the limelight as the stars wearing them. While many are placing bets on which team will emerge victorious, sports fanatics in the analytics group at CAS are focusing on using analytics to uncover innovation trends in high-performance athletic materials.

Currently, sporting goods sales in the U.S. generate over $50 billion USD in revenue every year and has more than tripled over the last two decades. So typically, we would expect that this growth in sales would also correlate with increased patent filings and a growing intellectual property (IP) market that brings in more players and diverse innovation.

Interestingly, when we analyzed the patent applications of athletic innovations, they didn’t correlate in this way. While patent filings grew exponentially from the 1990s, patent filings in the new millennium follow a clear cyclical pattern (pictured below). It seems that patent applications peak in the year prior to the Summer Olympic Games, with valleys appearing during the year of a World Cup.

Although the reason why patent applications switched at the beginning of the 21st century from continuous growth to a cyclical pattern is unclear, there are some interesting factors that could be involved. For example, the 1998 World Cup in France was the first to have all of its matches televised in the U.S., and subsequently, television rights have grown more than tenfold. It is possible that this cyclical IP filing strategy allows innovation in high-performance athletic materials to springboard off media coverage surrounding the lead-up to these major global athletic events.

The macro-trend of cyclical patenting can also be a useful source of insight for athletics companies wanting to develop more robust business strategies. For example, it can enable a company to predict the most appropriate moment to submit a patent application or adjust their product development lifecycle to fit with major sporting events. Therefore, a competitive advantage can be gained by monitoring the patenting data over time.

By conducting a more in-depth analysis, we were able to uncover more intriguing findings. One example is the data suggesting that the reduction in patents filed during World Cup years did not indicate that there is any less innovation taking place. Rather, the industry seems to shift its focus to footwear instead of general athletic wear.

What could the reason be for this? Well, given that the Olympic Games covers a broad range of events, from aquatic sports to cycling, which all require different types of clothing and equipment, there are many more domains where innovation can take place. With soccer, footwear has always been the focus of innovation since the first games were played. This could help to explain the shift in patent trends from general athletic wear to footwear.

To investigate this in more detail, we dug a bit deeper. During World Cup years, we could see that the share of IP around athletic shoes versus general sportswear is much larger when compared to the Olympics. At its lowest, patents involving athletic footwear made up less than 20% of the innovation. But during the 2014 World Cup, half of the patents in the athletics space were directed toward athletic footwear. These descriptive analytics could inform supply chain strategy or help encourage increased investment in footwear R&D at certain periods during the cyclical patent trend (i.e., in response to the increased competition seen during World Cup years).
‍

Direct the next big business decisions by linking trends across industries

With our scientific analytics capabilities, we went even deeper into the data to uncover actionable insights about specific materials used to manufacture the footwear. This includes challenging some preconceived notions in the industry and providing a glimpse into what future sports footwear might be made with.

For example, it is well-known that for high-performance athletics wear, there has been a general shift away from natural materials to synthetic polymers. For footwear in particular, there is an ongoing quest for lighter shoe uppers that wick moisture and are also waterproof—synthetics have been preferred over leather for these reasons.

However, our analysis of patenting trends in the athletics industry reveals a new trend in the materials market that has been historically dominated by conventional synthetic materials, such as nylon and polyester. Like virtually every other industry, athletics and sporting goods are pushing toward being “greener.” As such, patent filings related to these synthetic materials have declined over time, as they are not as environmentally friendly as natural alternatives.

This does not mean that natural materials alone are making a comeback. Instead, there is a trend suggesting that blended natural fiber materials are becoming more prevalent. This includes combining wool and plant fibers with synthetic materials to create hybrid materials with better moisture wicking, body temperature management and odor control. These insights suggest that a combination of natural and synthetic fibers will be a critical component of innovation in the athletic space.

The cyclical nature of patenting in the athletics industry, the increasing focus on footwear, and the shift toward blended materials are important to businesses in the athletics industry for a number of reasons. Understanding patenting cycles can be a competitive advantage to those looking to be first movers, and knowing how innovation aligns with certain sporting events can guide effective deployment of R&D and advertising investment. Moreover, analyses showing the growth of natural and synthetic blends can drive R&D teams to design future-forward athletic materials and redirect supply chain strategies.

Uncovering trends in sports science is just one application where analytics tools and expertise can be implemented. By combining our high-quality, human-indexed patent data with our customers’ internal datasets, we help them answer the unique questions most relevant to their organization, providing a clearer picture of their current innovation landscape upon which to base their strategies.

CAS
CAS is a leader in scientific information solutions, partnering with innovators around the world to accelerate scientific breakthroughs. CAS employs over 1,400 experts who curate, connect, and analyse scientific knowledge to reveal unseen connections. For over 100 years, scientists, patent professionals, and business leaders have relied on CAS solutions and expertise to provide the hindsight, insight, and foresight they need so they can build upon the learnings of the past to discover a better future. CAS is a division of the American Chemical Society. Connect with us at cas.org.
Back to blog

WIA One on Ones: A Conversation with 2022 Data Visualization Competition Winner, Preethi Lodha